Bronkhorst is pleased to announce the introduction of two new interface options that can be integrated into their instruments. With a total of 9 selectable Fieldbus options, Bronkhorst offers the most versatile range of digital flow and pressure meters and controllers available on the market.

All Bronkhorst flow and pressure meters/controllers are designed with a digital pc-board, featuring self-diagnostics, alarm and counter functions, digital communication, and remotely adjustable control settings. Bronkhorst offers exceptional flexibility because of its “Multibus” concept the instruments can be equipped with an on-board interface with 9 different protocols. 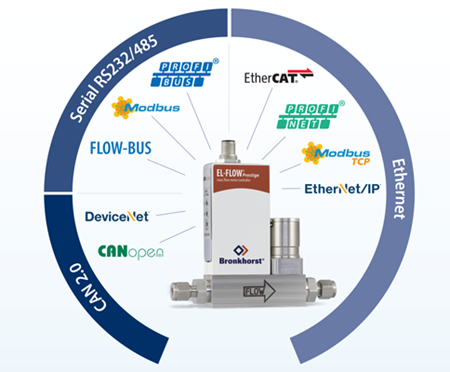 Bronkhorst® Mass Flow Meters/Controllers can be directly used as PROFIBUS DP device. By using the SPC3-Asic of Siemens Baud rates of up to 12 MBaud can be achieved. 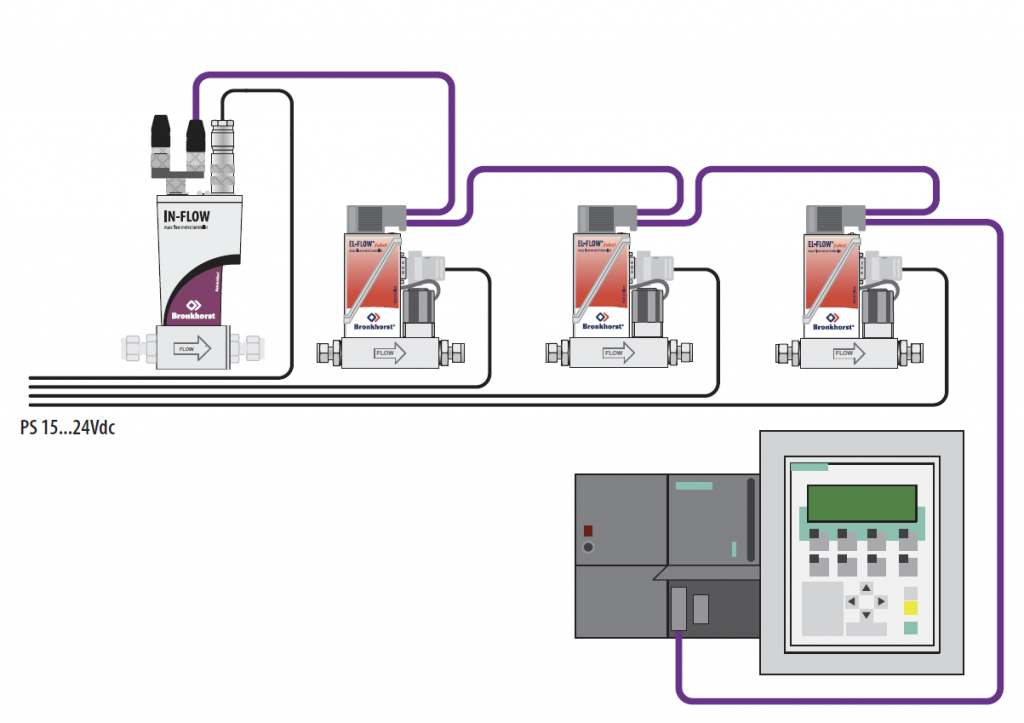 Bronkhorst devices can be used directly as PROFINET IO devices. This protocol is 100% Ethernet compatible and is used for data exchange between IO-Controllers (PLC, etc.) and IO-Devices (field devices). It uses the proven communication model and application view of PROFIBUS DP and extends it by Ethernet as the communication medium. 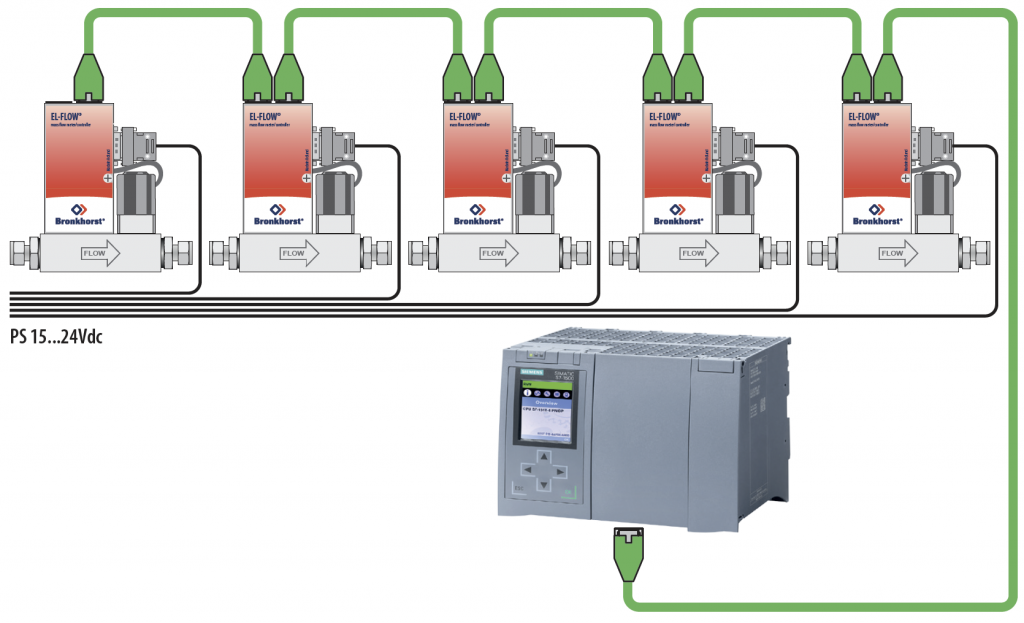 The DeviceNet™ interface was developed in accordance with SEMI E54, the standard for sensors and actuators. ODVA, the organization that supports network technologies built on the Common Industrial Protocol, has found the Bronkhorst® Mass Flow Controller to be in compliance with the DeviceNet™ Specification, having passed ODVA’s conformance testing at one of its authorized conformance test service providers at Composite Test Level 18. 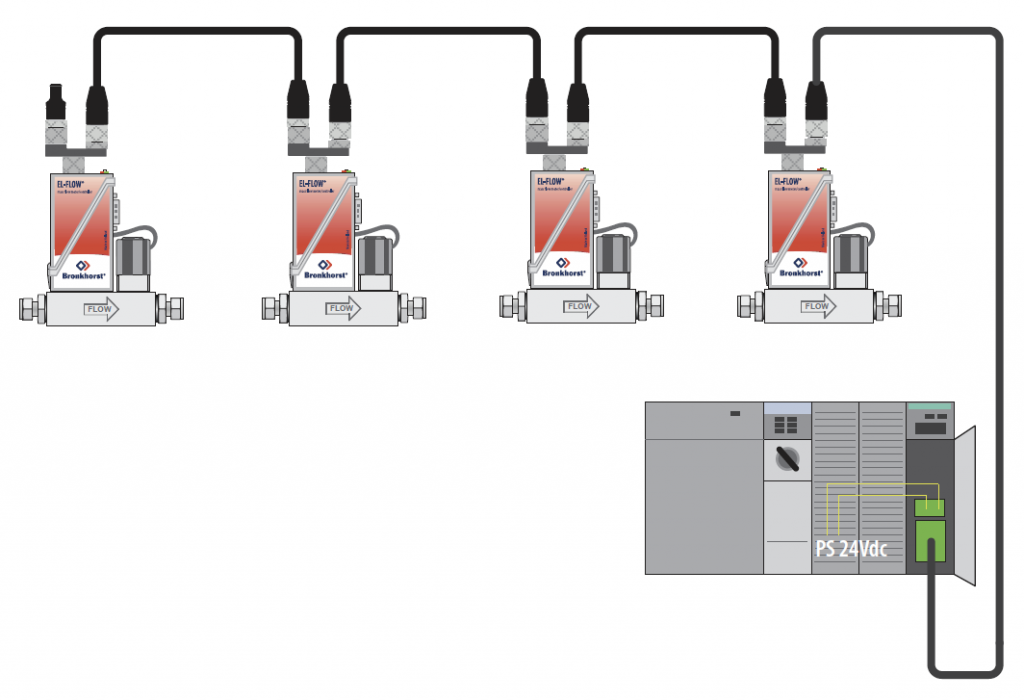 The CANopen® interface has been developed in accordance with CiA 404, the profile describing closed-loop controllers that collect sensor signals and provide set values for actuators. Devices compliant to CiA 404 may support up to 199 transducer channels. 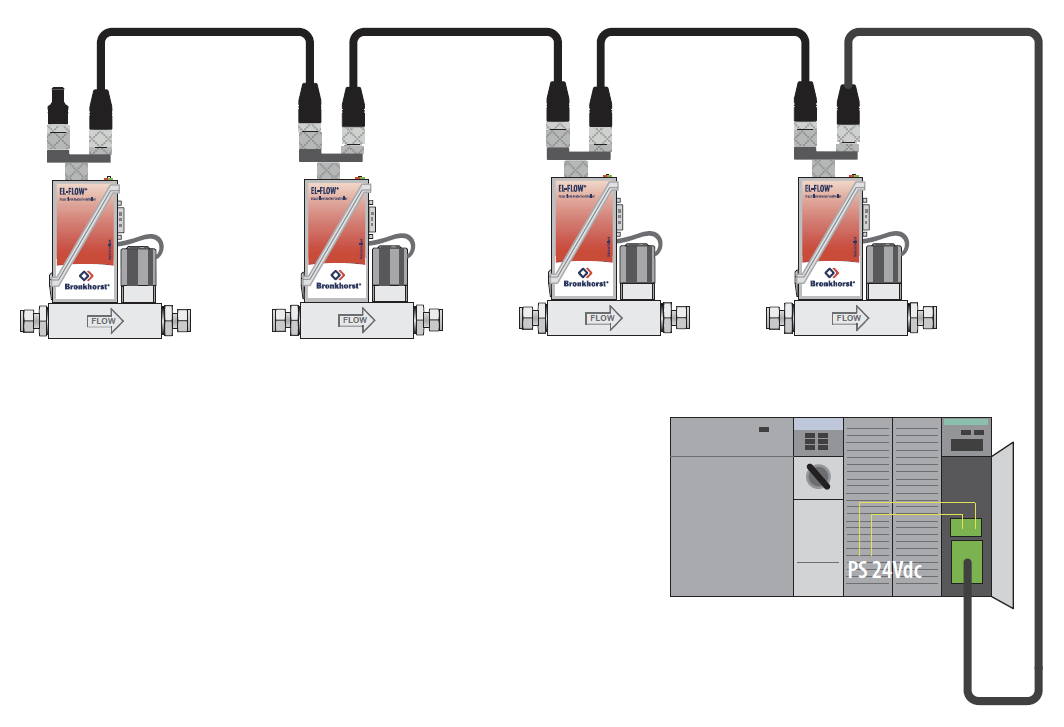 FLOW-BUS is a Fieldbus, designed by Bronkhorst High-Tech BV, based on RS485 technology, for digital communication between digital devices, offering the possibility of host-control by PC.

Developed in 1979 by Modicon, Modbus establishes client/server communication between programmable controllers. It has become an industry-standard method for the transfer of discrete I/O, analog I/O and register data between industrial control and monitoring devices. 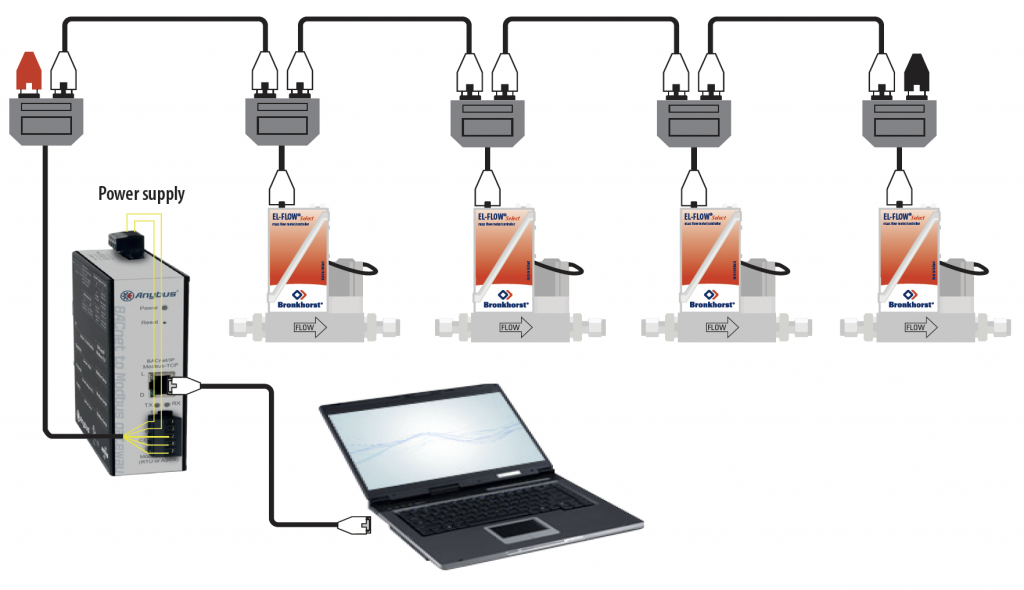 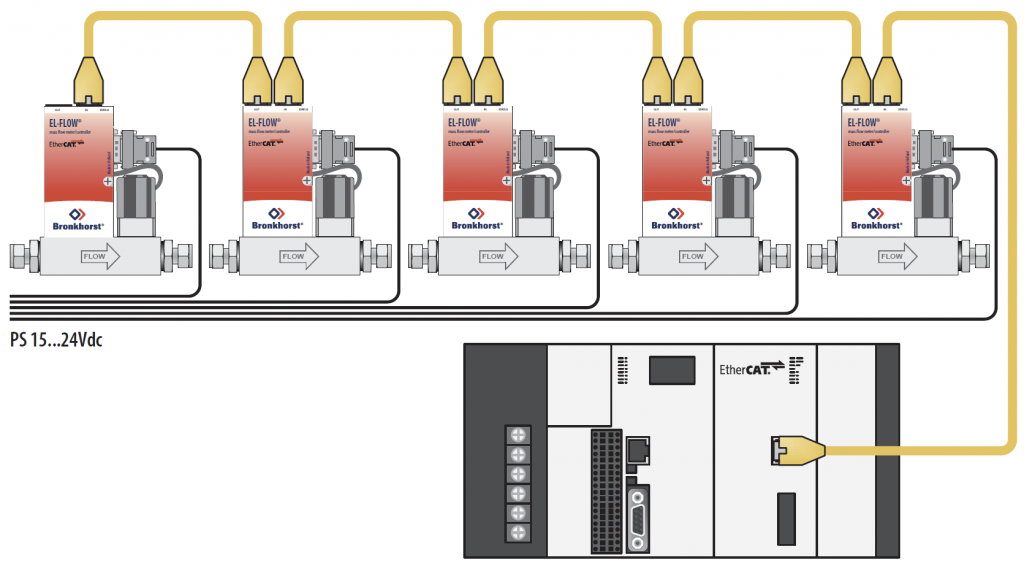