Jean-Francois Lamonier, a lecturer/researcher at the University of Lille, is an expert in the the catalytic treatment of volatile organic compounds (VOCs).  He leads the 'Remediation and Catalytic Materials' (REMCAT) research team in the Laboratory of Catalysis and Solid State Chemistry (UCCS), which specializes in the catalytic removal of atmospheric pollutants emitted by both fixed and mobile  sources (such as factories and vehicles, respectively). In this blog post, he tells us about his research and explains how his team uses measuring instruments and flow controllers.

This set of skills in environmental catalysis allows us to develop original processes that involve combining different technologies to devise a cheaper, more effective and more environmentally -friendly method of treating air pollution. In this context, we collaborate with various national and international research groups, such as the 'Research Unit Plasma Technology' (RUPT) at the University of Ghent. This research unit specialises in developing plasma reactors; we lend them our expertise in heterogeneous catalysis to help develop processes to couple non-thermal plasma with catalysis. This research is being conducted in an International Associated Laboratory on 'Plasma-Catalysis', which we recently created under the auspices of the European INTERREG V 'DepollutAir' project, which is currently funding our research.

Traditional plasma-catalytic processes to remove volatile organic compounds (VOCs), which are present in industrial waste gases, require a continuous energy supply. Our approach is to insert an earlier step in the plasma-catalytic transformation process involving adsorption of the pollutant. This enables the plasma to work sequentially to remove the volatile organic compounds and means the adsorbent is regenerated, resulting in substantial energy savings. Our team is lending its expertise to the development of new adsorbent/catalyst materials and to the advanced characterisation of these materials.

In our research, we need to generate mixtures of VOCs to simulate industrial waste gases. As these waste gases are different for each type of industry and we need to be as representative as possible of industrial realities, we have to be able to generate gas flows with highly variable VOC levels, containing VOCs of many different types, such as formaldehyde, toluene, chlorobenzene, trichloroethylene and butanol. 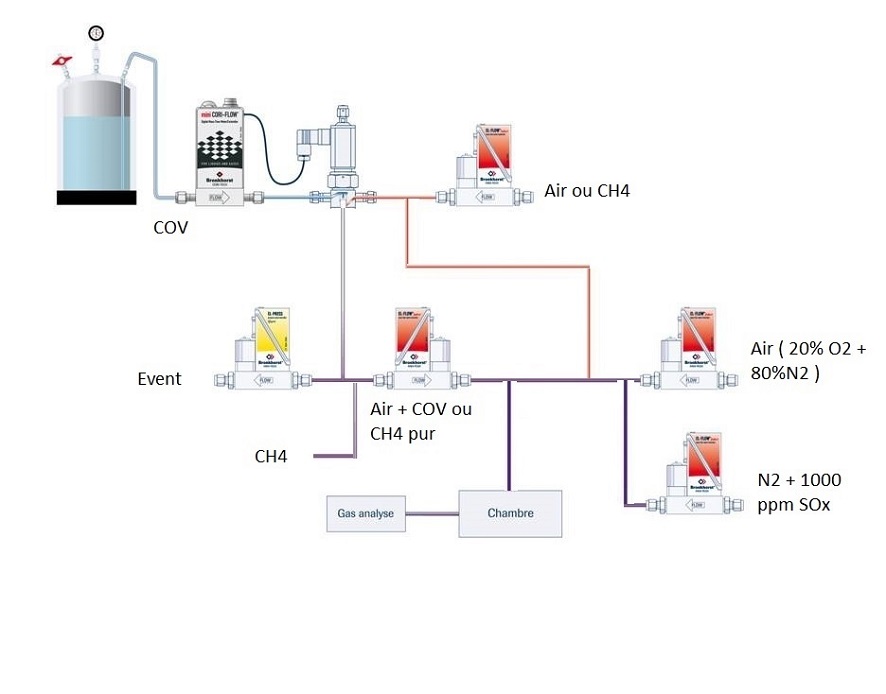 To this end, we use a dilution system supplied by Bronkhorst, which comprises a Coriolis flow meter, a pressure regulator (overflow valve) and a number of mass flow controllers. We needed a device that would enable us to achieve low concentrations of VOCs, because increasingly restrictive standards have resulted in a decrease in atmospheric VOC levels. We also needed the system to be as flexible as possible, so it could adapt both to the nature of the various liquids injected into the system to be transformed into gases and to the VOC levels in the waste gases, which can range from 10 to 1000 ppmv.

The relative humidity of the waste gases is an important parameter to take into consideration when developing catalytic formulations. As you might imagine, the presence of steam can have a positive or negative effect on the performance of the catalytic process. Consequently, the system for generating the gases must also be able to generate a variable relative humidity in the gas mixture. 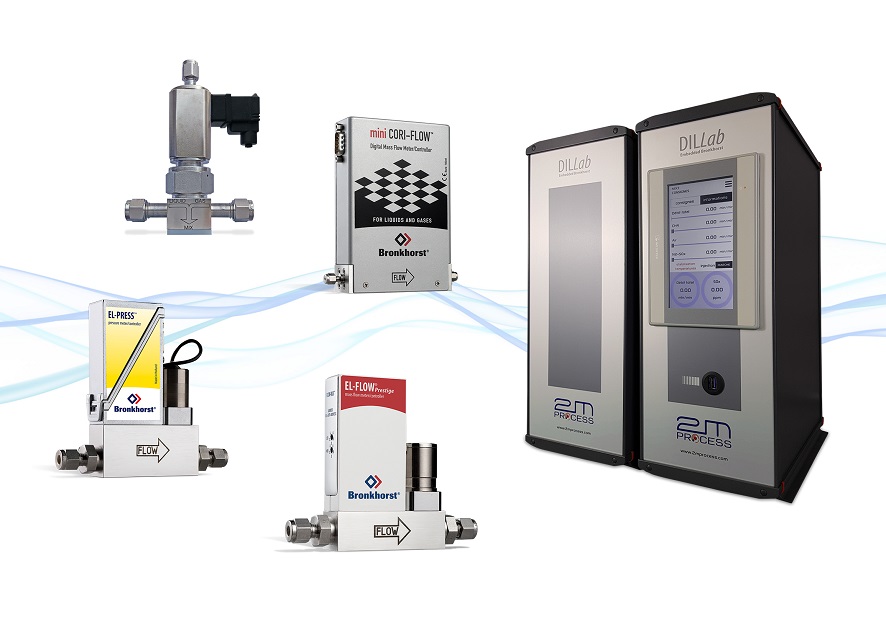 Furthermore, to develop a catalytic formulation suitable for industrial applications, we not only need to verify that the catalyst is both active and selective (in other words, that the catalyst can produce the desired products), but also that it is stable over time. Its hard to imagine a catalyst that only works for a single day and has to be replaced the next day.

That's why we need to reproduce an industrial waste gas stream that remains constant for several days. If we're performing a catalytic test over the course of a single day, we might consider using a bubbler system. However, when we need to check the stability of the catalysts over time, we conduct long-term tests to see if the catalyst is capable of maintaining its activity over several days. It would be more complicated to conduct tests over time using a traditional system, but the Bronkhorst system generates a constant, continuous, smooth flow of VOCs into the air. This is a distinct advantage that enables us to validate our process. 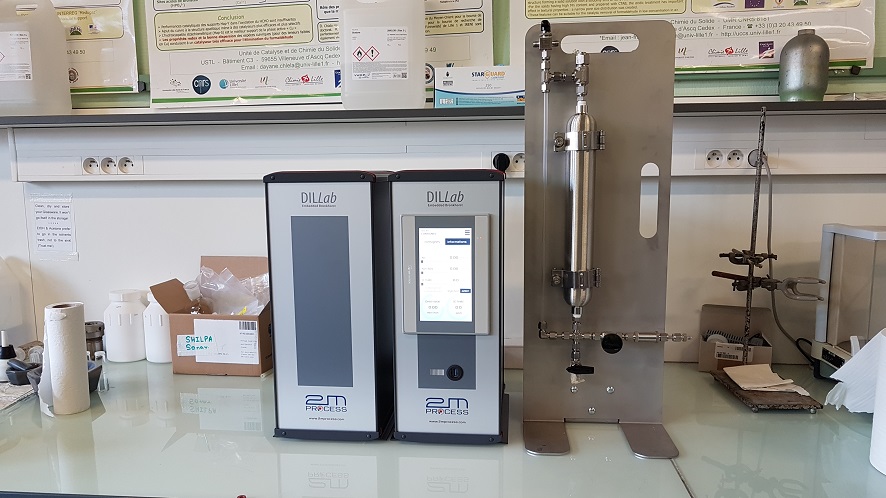 Click here for more information about the research of Jean-François Lamonier and the REMCAT team from the Laboratory of Catalysis and Solid State Chemistry.

Click here for our selection of Bronkhorst Flow meters