One of our customers, a manufacturer of food packaging equipment, was looking for a solution for aseptic packaging and wanted to supply hydrogen peroxide into their aseptic sterilization process for food processing. As a solution, Bronkhorst supplied multiple vapor generating systems consisting of liquid flow controllers, gas flow controllers, and a temperature-controlled mixing and evaporation device.

For this application, a compact liquid flow controller is needed to control a low flow of hydrogen peroxide solution (flows of ca. 1 kg/h), to inject into a formed packaging. PET bottles, cartons or pouches, and caps need to be sterilized separately. After the sterilization step, the remaining hydrogen peroxide will be removed using air drying.

The solution consists of two Bronkhorst vapor-generating systems (CEM – Controlled Evaporation and Mixing systems) – one side for PET bottles, cartons or pouches, and another side for caps. The hydrogen peroxide (35% H2O2 in water) is injected as a vapor for better concentration control. The vapor condenses at the inside surfaces of the packaging, where the H2O2 in the liquid phase performs its sterilizing action. In a subsequent drying step, the condensate is removed using hot air supplied by a gas mass flow controller, after which the dry and aseptically sterilized packaging is ready to be filled.

The vapor-generating CEM systems each consist of a liquid mass flow controller (thermal LIQUI-FLOW or Coriolis-based mini CORI-FLOW), an EL-FLOW Select mass flow controller for air as a carrier gas (and for drying afterwards), and a temperature-controlled mixing and evaporation device.

The hydrogen peroxide is dosed accurately in the range of 200 (for caps) to 2000 (for cartons and pouches) g/h of H2O2 solution, and the flow of drying air is typically around 100 l/min. The liquid, gas, and temperature controllers communicate easily with a PLC for optimum integration in the customer’s systems.

Due to its robust configuration with direct through-flow measurement, the thermal LIQUI-FLOW requires minor mounting precautions to be able to operate inside the customer’s systems. At this time, more than 100 vapor-generating solutions (CEM) have been installed worldwide on aseptic sterilization systems.

As an alternative, use of the mini CORI-FLOW flow controller has the advantage that, in addition to its medium-independent mass flow, the density of the dosed medium is also measured. As hydrogen peroxide will eventually decompose into water and oxygen, the physical properties of the dosed H2O2 solution are not constant over time. Therefore, this device is able to monitor the concentration and, hence, the quality or purity of the hydrogen peroxide dosing.

Due to the fact that hydrogen peroxide is injected in a controlled way, so that not too much will be supplied, the costs of this sterilizing agent are reduced. Using this solution, the aseptic sterilization process is well-monitored and traceable, contributing to the extension of the shelf-life of food products. 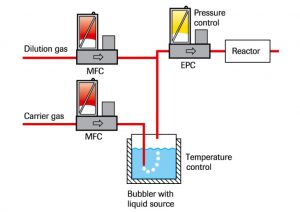 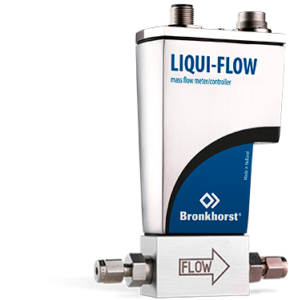 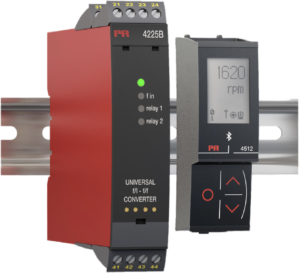 What is a Frequency to Current Converter? 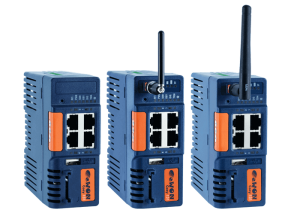 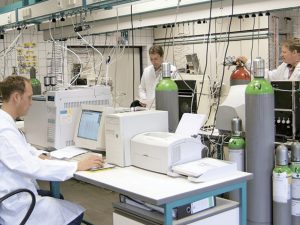 How To Improve Your Gas Chromatography Analysis

Leave Us a Reply Cancel reply

What is a Frequency to Current Converter?