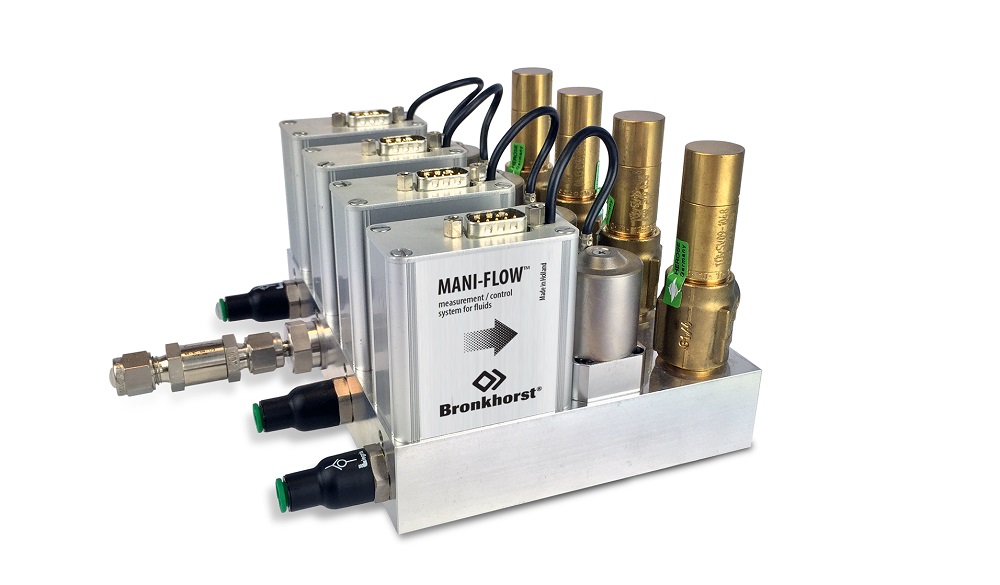 A control valve is used to control a flow by varying the size of the flow passage as directed by a signal from a controller, such as an on-board PID controller in a flow meter. It is one of the most used accessories in flow control.

An accessory for mass flow controllers

Depending on the application it is often clear whether your mass flow controller needs a shut-off valve or a control valve, or whether one needs a normally opened or normally closed valve. Within the group of control valves, there are a number of different valves available, each having their own parameter ranges, advantages, and disadvantages.

A direct control valve consists of an orifice for controlling the flow and a controlled surface that determines the size of the opening that flow can pass through, and thus determines the amount of flow passing through the valve.

Let’s take an electromagnetic valve as an example:

For a valve, the force (F) needed to overcome to open the valve is determined by the orifice diameter size (d) and the pressure difference (Δp) over the valve , (F ~ Δp * ¼ d2). When either the pressure differential or the orifice diameter gets higher, the direct control valve will not open adequately due to this pressure force, which can be > 15 N for a 200 bar differential pressure over a 1mm orifice, pushing the valve shut.

An electromagnetic valve can only exert a force of ca. 5N on its plunger. It could be a possibility to use a stronger coil, delivering a larger magnetic force. However, mass flow controllers often have a limited power supply and the amount of heat produced can become a problem as well. Resulting in a limited maximum flow, proportional to pressure and the diameter squared.

What alternatives do we have?

The easiest solution to cope with higher pressures is a redesign of the direct control valve. The orifice can be used for relatively small flows (up to 20ln/min) . To handle the larger pressure differences, up to 200 bar differential pressure (bard), the valve and mass flow controller body have to be more robust. Most valves can not handle a burst of 200 bard; either the sealing material can rupture, or mechanical parts can not handle the sudden force bursts that are possible at 200 bard.

The dimensions of the valve are only slightly larger than for a common valve, and thus the entire mass flow controller. On the other side, low flows are often limited due to leakage through the valve at high pressure differences.

To go to even higher pressures and more flow, up to 200ln/min, we have to take a larger step in changing our mass flow controller. With a so called indirect control valve (figure 1) higher flows and higher absolute and differential pressures can be reached. 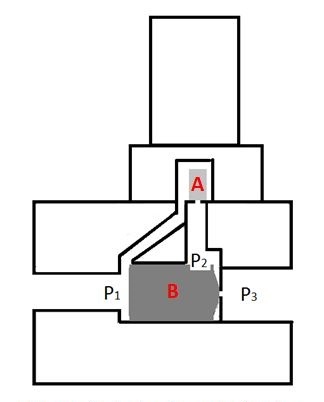 So, the indirect control valve consists of two valves in series (A+B), where both the pressure drop and the orifice size together determine the resulting flow.

he disadvantages of this valve are its size and the relative high costs. Besides that, a minimal pressure difference is needed to close the pressure compensation part of the valve. Also, the orifices are still limited in size, thus to get to 200 ln/min a minimal inlet pressure of > 150 bara is needed. To get such flows at lower pressures, a whole different kind of valve is needed, like a pressure compensated valve, or a bellow valve.

It is possible to use larger orifices and reach higher flows with a direct control valve, but to do that, the pressure force in the valve has to be reduced. This can be done with a pressure compensated bellow valve, where the effective orifice for the pressure force has been reduced significantly (figure 2). With a bellow valve, flows of several hundreds of liters per minute can be reached with a minimum pressure difference. However, the absolute pressure is limited due to the design and the valve is much larger and more expensive than a common direct control valve. 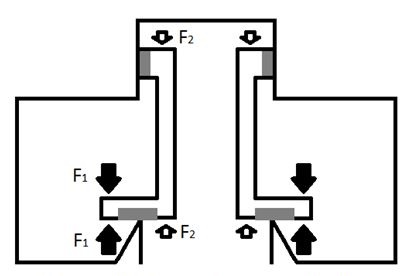 Conclusion: Depending on the pressure that you want to put over your mass flow controller and the outlet flow needed, you can either use:

Have a look at the control valves we often use in combination with our flow meters or pressure meters.

Take a look at our Bronkhorst products 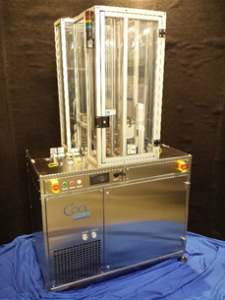 Customer Story: Electrical noise generated by other analog signals and automation equipment is not an issue we have to deal with 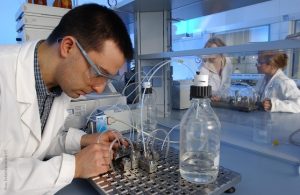 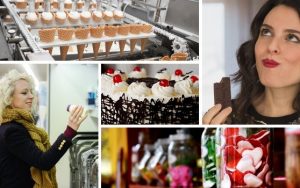 Flow Meters In The Food Industry 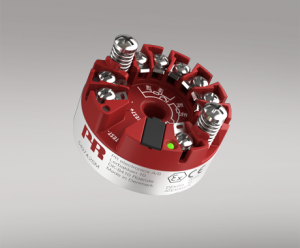 The New 5437 Temperature Transmitter: The Next Generation 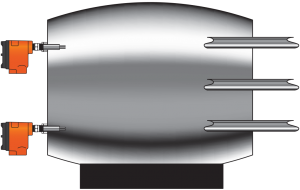 Web Design and SEO by www.koltenburkes.com
Hosting and Advertising by JellyFlea Creative