Bronkhorst develops and manufactures the widest product range of thermal mass flow meters and controllers on the market. Numerous styles of both standard and bespoke instruments can be offered for applications in laboratory, machinery, industry and hazardous areas, for flow ranges from 0,014 mln/min up to 11.000 m3n/h (N2-equivalent). Additionally we developed a unique series of (ultra) low flow Coriolis mass flow meters and controllers. 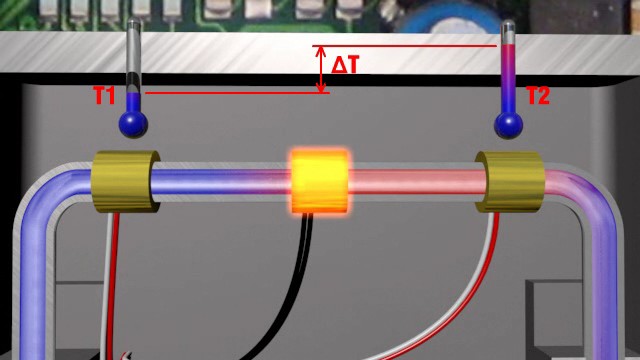 In figure A it is shown how the signals measured in the sensor are amplified to electric signals. The sensor is mounted as a by-pass to the main channel, where a patented flow resistance splitter takes care of proportional flow division, also under varying process conditions. This laminar flow element consists of a stack of stainless steel disc with high-precision etched flow channels, having similar characteristics as the flow sensor. 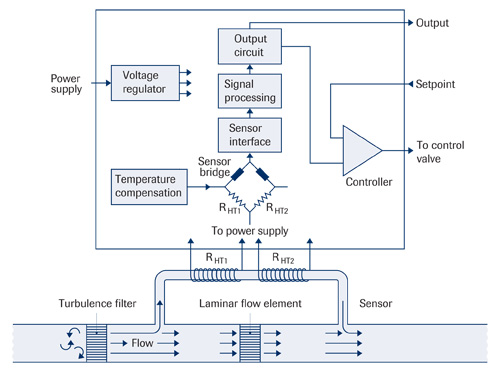 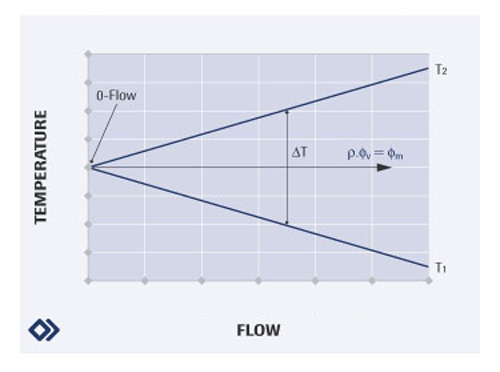 Mass flow sensor for gases, inline principle
Mass Flow Meters with inline sensor (no by-pass) consist of a straight flow channel, into which two stainless steel probes protrude; a heater probe and a temperature sensor probe. A constant temperature difference (ΔT) is created between the two probes and the energy required to maintain this ΔT is proportional to the mass flow rate. Based on this concept, mass flow can be measured with low pressure drop, mainly caused by the gas fittings and the mesh screens which are incorporated for flow conditioning (see figure C). Compared to traditional thermal MFMs and MFCs with by-pass, the construction of the direct measuring CTA principle (Constant Temperature Anemometry) is less sensitive to humidity and contamination. 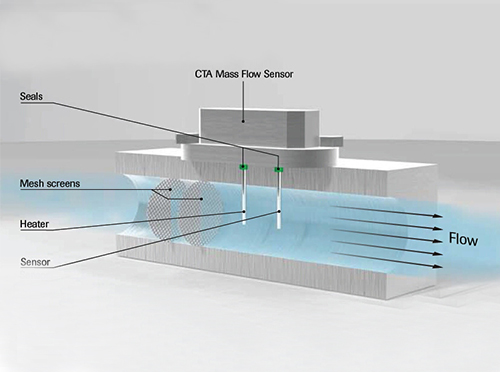